The campaign, targeted to people in NSW aged 50–74, will run from July 2022 to June 2023 via the Cancer Institute NSW social media channels. 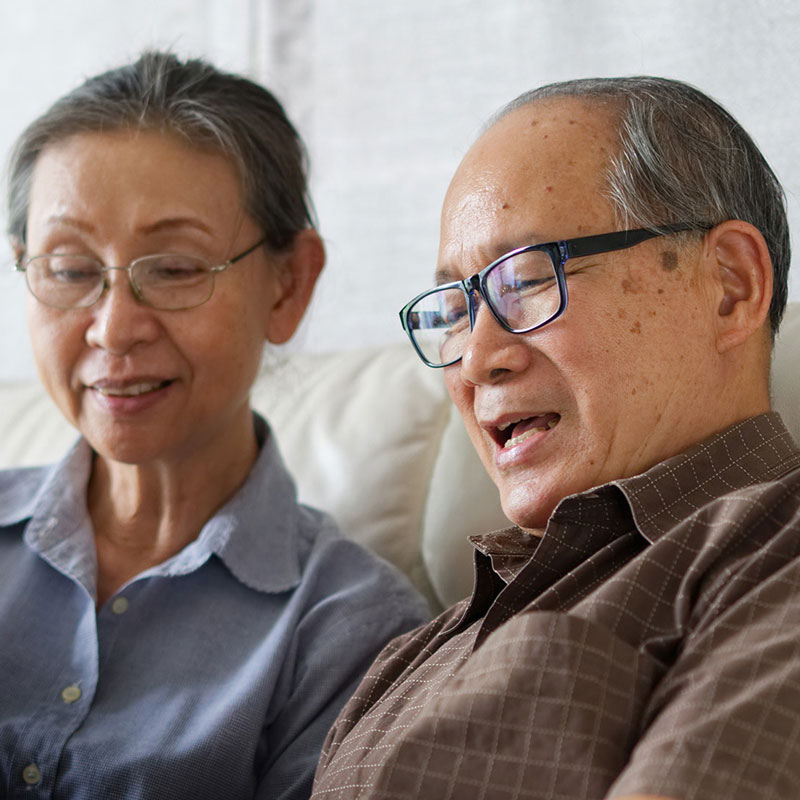 Why we need a campaign

Bowel cancer is the second biggest cancer killer in NSW.1 It is estimated that approximately 102 people die nationally each week from bowel cancer2, with approximately 35 of these being in NSW.3

The bowel cancer screening test is highly effective in detecting bowel cancer early, when it can be successfully treated in more than 90% of cases.4 Unfortunately, only 40% of eligible people in NSW are doing the NBCSP test when they receive it in the post. NSW has the second lowest national participation rate.5

The NBCSP target audience aligns strongly with the Facebook audience, and Facebook has the potential to reach 1.4 million people aged 50–65+ in NSW.

The campaign targets people in NSW aged 50–74, with a focus on:

The 2022/23 Bowel Cancer Screening Campaign uses clear, factual ads to educate people aged 50–74 about bowel cancer and the NBCSP. The ads aim to motivate eligible people to do the bowel cancer screening test when it arrives in the post.

See below some examples of the asset types used in the campaign, or visit our Facebook page. 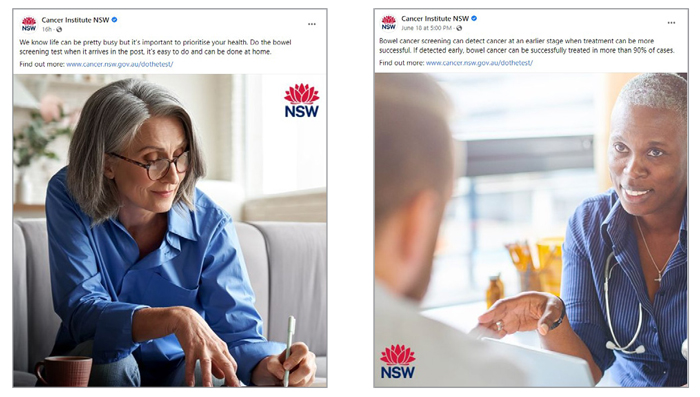