Bowel cancer can affect any part of the large bowel. The risk of bowel cancer increases with age. Projections show that by 2022, 112 people will be diagnosed with bowel cancer every week in NSW.1

The National Bowel Cancer Screening Program is a Commonwealth Government-funded program that invites people aged 50–74 years to do a free bowel screening test every two years. This test involves collecting small samples of bowel motions (faeces/poo), which are sent to a laboratory for testing.

Called the immunochemical faecal occult blood test (iFOBT), it can detect small amounts of blood in the sample. It cannot diagnose bowel cancer, but a positive result indicates that colonoscopy is needed to rule out bowel cancer. A colonoscopy is a procedure to look inside the bowel.

The aim of screening is to find bowel cancer early, when it can be successfully treated in more than 90 per cent of cases.3

This indicator shows participation in bowel screening by people aged 50 to 74 in NSW. 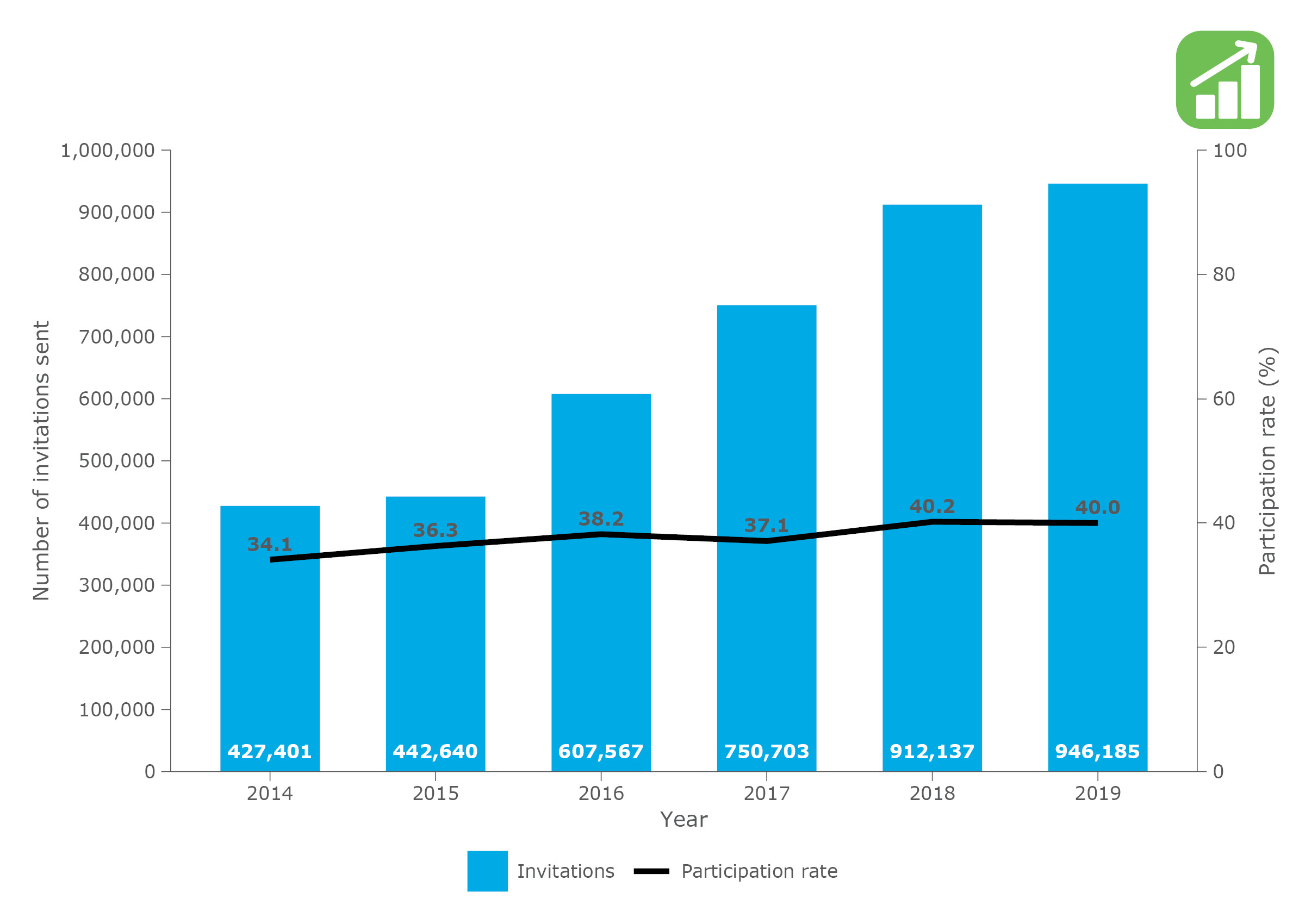 * The participation rate is the proportion of the eligible population invited to the National Bowel Cancer Screening Program (NBCSP), who returned a completed immunochemical faecal occult blood test (iFOBT).