Surgery is the key treatment for many types of cancer, including lung, oesophageal and pancreatic cancers. Surgery to remove a cancer is called a resection. It involves removing some or all of the tissue (or organ) where the cancer is located.

The best treatment for someone with cancer depends on many things, including the cancer type, how far it has spread (if at all), and the age and general health of the person.

When surgery is the appropriate treatment of cancer, research shows the percentage of people who receive surgery for their cancer is different across geographical areas and population groups.1-5

Early access to surgery can improve outcomes for most cancers cancers.1,3-5

Evidence shows people who need complex surgery for certain cancers are better off to have it done at a hospital that performs these procedures more often.1

Annual average resections as a proportion of estimated incidence, by cancer type, by local health district (LHD) of residence, 2012–2015 and 2016–2019 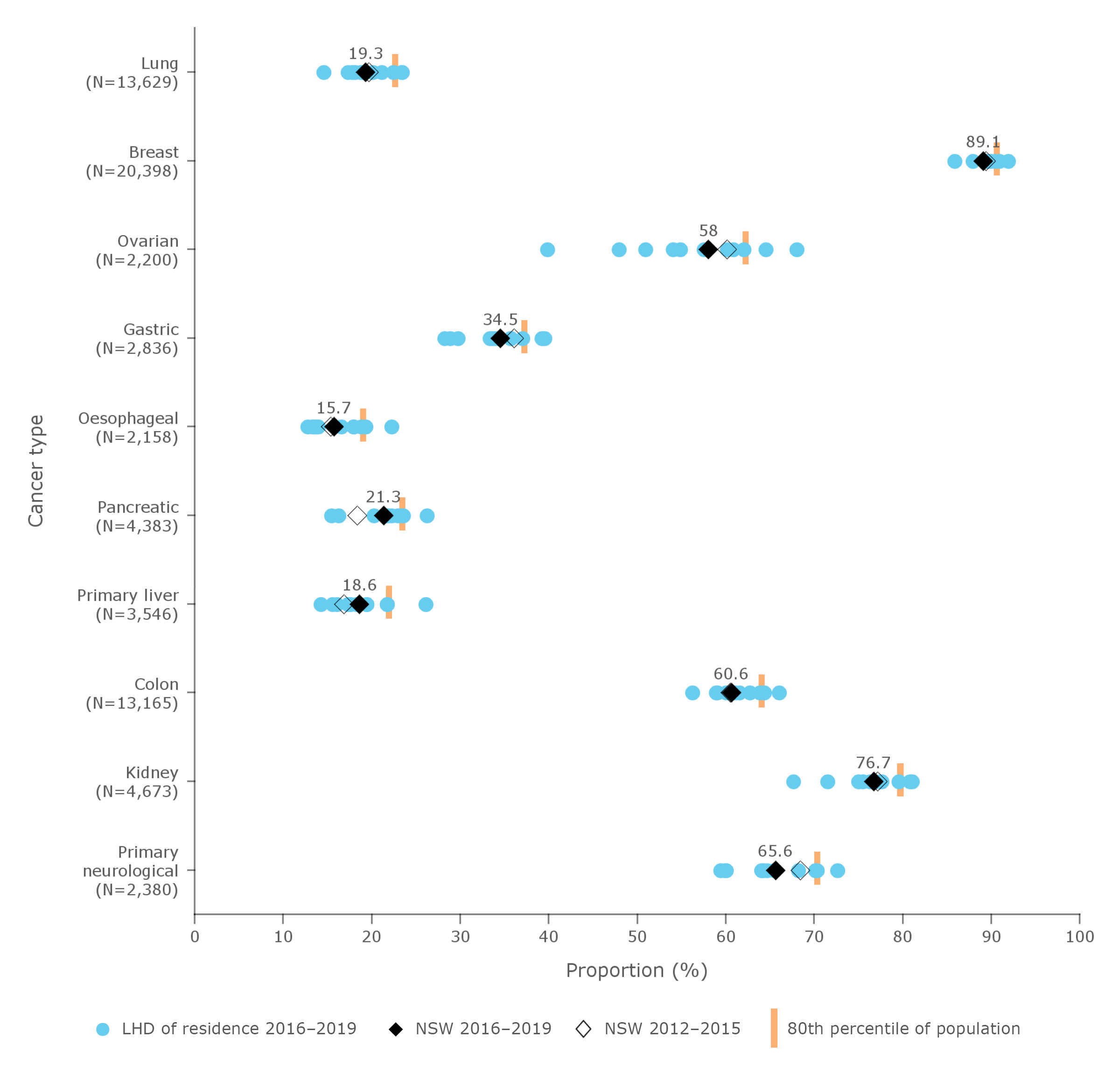 N = Annual average number of people with a first admission for the specified cancer, 2016–2019.