The Cancer Institute NSW is supporting the ACON (formerly the AIDS Council of NSW) to help reduce smoking rates of lesbian, bisexual and queer women in NSW.

Smoking is more than twice as prevalent in the LBQ community nationally.

What do we know about smoking in LBQ communities?

Approximately 30 per cent of LBQ women smoking compared to 13 per cent in the general Australian population, according to the Sydney Women and Sexual Health (SWASH) Survey.

Additionally, almost half (48 per cent) of young LBQ women in NSW aged 16–to24 report smoking.

In 2015 ACON carried out surveys and focus groups with LBQ women to understand why they take up smoking, motivations to continue/quit, and the barriers that they face when trying to quit.

This information helped to form the basis of Smoke Free, Still Fierce, and provide a snapshot into current smokers and ex-smokers in LBQ communities. 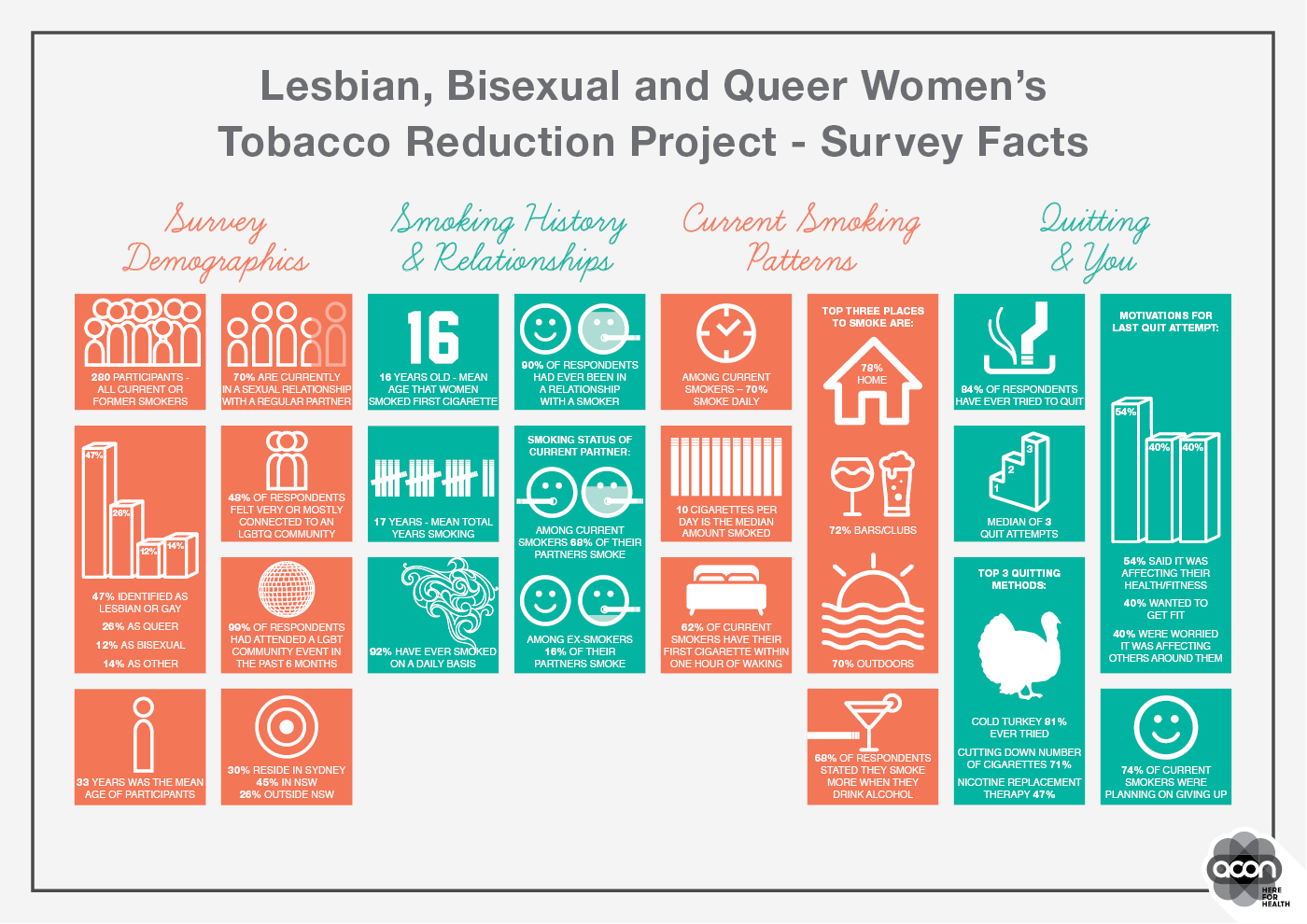 Launched in May 2016, Smoke Free, Still Fierce is being run across print material, social and mainstream media, online interventions and community-events.