Request data about my patients

Request data about me

We have mapped projected 2018 incidence rates* for four of the most commonly diagnosed cancers across Sydney.

While prostate cancer is one of the five most commonly diagnosed cancers in NSW, projections for small geographical areas are not possible due to changing patterns of PSA testing.

Sydney areas with the highest and lowest incidence rates for bowel cancer. 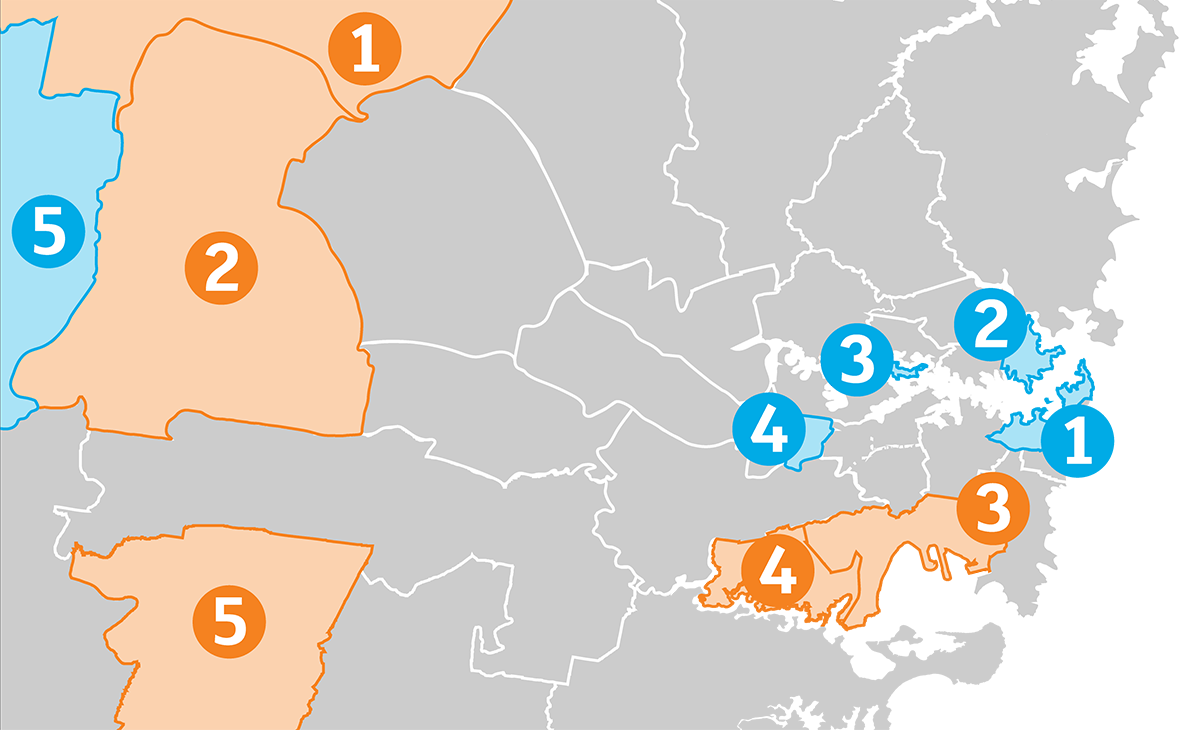 Rates in the Sydney area that are high are similar to the overall NSW bowel cancer incidence rate.

Bowel cancer screening can detect pre-cancerous lesions, which can be treated before cancer develops. Screening has the capacity to significantly reduce bowel cancer incidence rates. 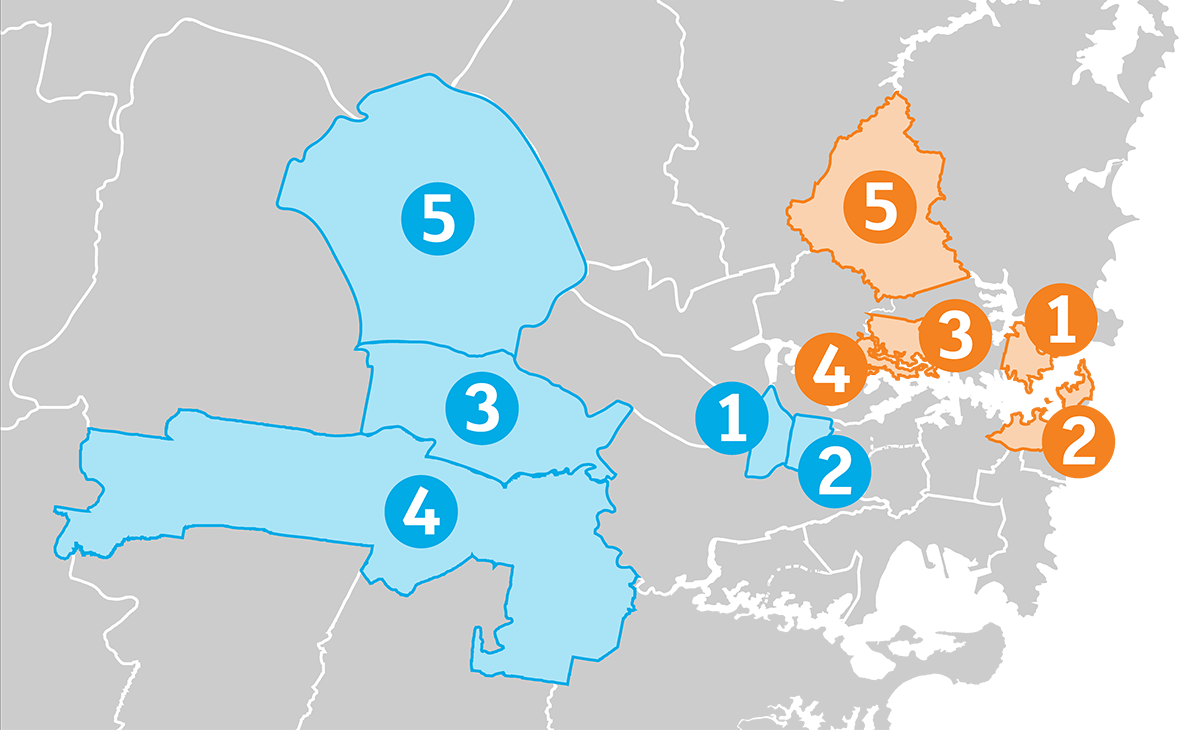 Sydney areas with the highest and lowest incidence rates for breast cancer.

Some of the major risk factors for breast cancer, aside from family history, include:

Some of the modifiable risk factors for breast cancer include:

Women can improve their breast cancer outcomes by being breast aware and screening regularly between the ages of 50 and 74. 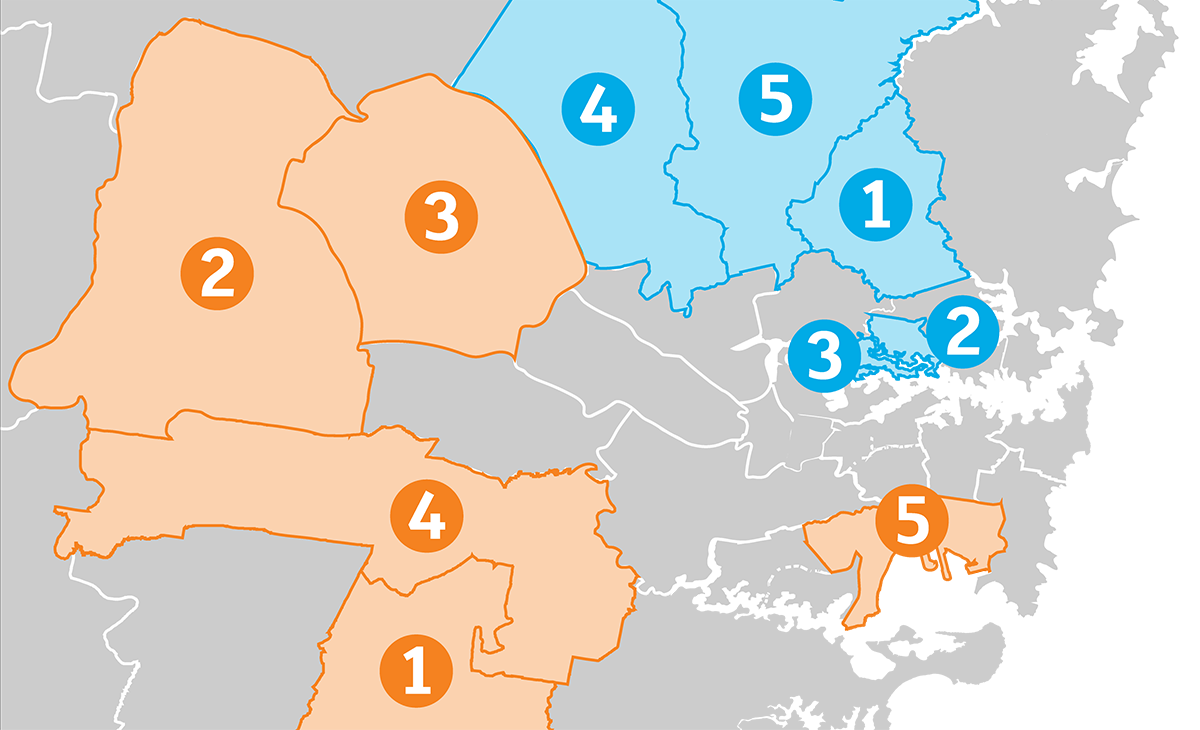 Sydney areas with the highest and lowest incidence rates for lung cancer.

Note that Blacktown and Liverpool have the same projected lung cancer rate.

Smoking is responsible for 90% of lung cancers in men and two thirds of cancers in women.

This strong link with smoking is reflected in the varying rates across Sydney.

Lung cancer is declining in men but still rising in women. This is due to the later peak in smoking rates among women.

For support to quit smoking, visit iCanQuit or call the NSW Quitline on 13 7848.

It is important to remember lung cancer is not just caused by smoking, and everyone should be aware of the signs and symptoms of the disease. The chance of surviving lung cancer is best when the cancer is found early. 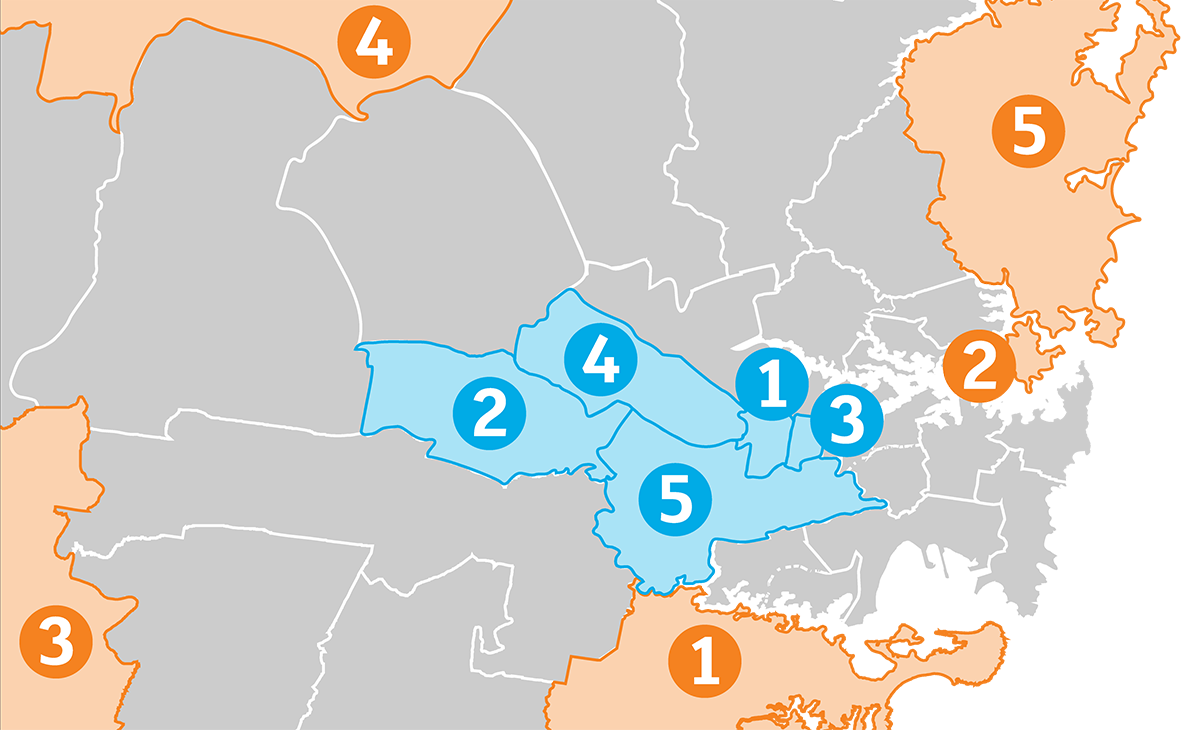 Melanoma rates are highest in coastal areas, with only 45% of diagnoses in NSW this year expected in the Sydney area.

Sydney areas with the highest and lowest incidence rates for melanoma.

Melanoma is almost entirely preventable, with up to 95% of melanomas caused by UV exposure.

2,200 people in Sydney will be diagnosed with melanoma this year.

Melanoma can be deadly, so prevention is very important. A melanoma of less than 1mm in depth able to enter the bloodstream and travel to the heart, lungs, brain and bones.

Preventative actions you can take

The best ways to reduce your cancer risk are:

Plus find out more about why screening and early detection is so important.

*Users are advised that cancer incidence projections are not precise predictions of the future.

The projections to 2018 are based on the following assumptions:

Please note that the accuracy of the projections is also impacted by a range of factors including: